Far Cry is far and away the most difficult game I have ever played. I tried my best to get through it, but after repeating the same level literally hundreds of times, I decided enough was enough. The story was compelling enough that I wanted to see it through, but I couldn’t stand dying one more time–it was time to turn on god mode.

You would think that accomplishing this would be as simple as typing in a cheat code, but alas that is not the case. You actually have to jump through a few hoops to be able to enable it.

First of all, I am convinced that the Far Cry developers are sadistic–they actually removed the function that lets you turn on god mode in the 1.4 patch, so before you do anything else you have to edit a file in your Far Cry directory to add back in this functionality. Open up Windows Explorer and navigate to the directory where you installed Far Cry and open the file DevMode.lua in a text editor like Notepad. Scroll all the way to the bottom of this file and you should see a line that says end. enter a couple of line breaks after that and then paste this in to the file:

Save the file and close it.

The next step requires turning on Developer’s mode for the game. Right click your Far Cry shortcut and select properties. In the target line, add -devmode to the end:

Now you can launch the game and enable god mode by pressing backspace. If you did everything correctly, you should now see the word god with a number next to it in the upper left corner of your screen:

Once that is enabled, you are no longer susceptible to dying. Your health will still decrease, and when it reaches zero, the number next to the god mode display will increment by one, indicating that you have “died” while the mode was enabled.

In case you were wondering, I died about 70 times on the last level.

I am a huge fan of Valve’s software distribution platform, Steam. Hunting for game patches on Fileplanet was never my idea of a good time. Struggling with instant messaging while in game to converse with my friends was no picnic either. Both of these issues are resolved with Steam. The overlay system, which allows you to browse the web and message your friends while in a game, is simply genius.

All that being said, I’m still a huge fan of going to a brick and mortar store, perusing the game aisle, holding a game box in my hands, looking at the box art, bringing it home, unboxing it, putting the disc in the optical drive and installing it. It’s just a magical feeling and I soak it in every time.

Fortunately for me, there are a few games that Valve will let you register with Steam so that you get all its benefits while also getting to own the boxed game.

Start up Steam and select Activate a product on Steam… from the Games menu or the button on the main interface. 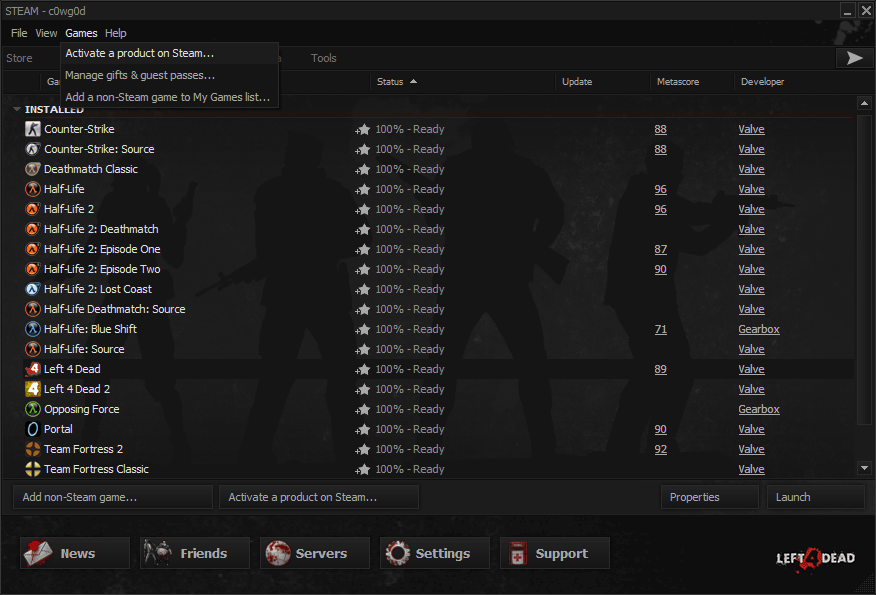 The Product activation wizard will launch. 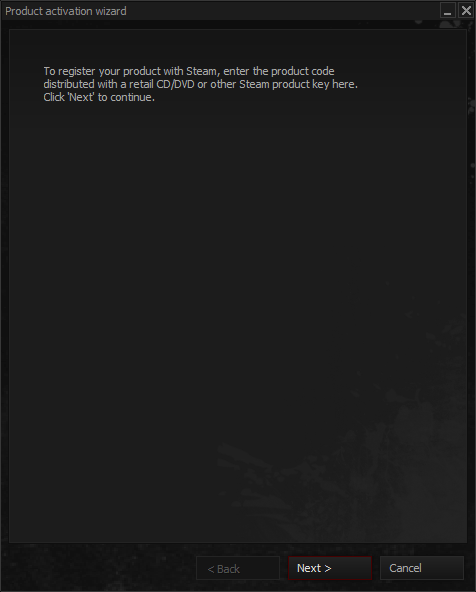 You must agree with the terms of the Steam Subscriber Agreement to continue; select I Agree if you do. 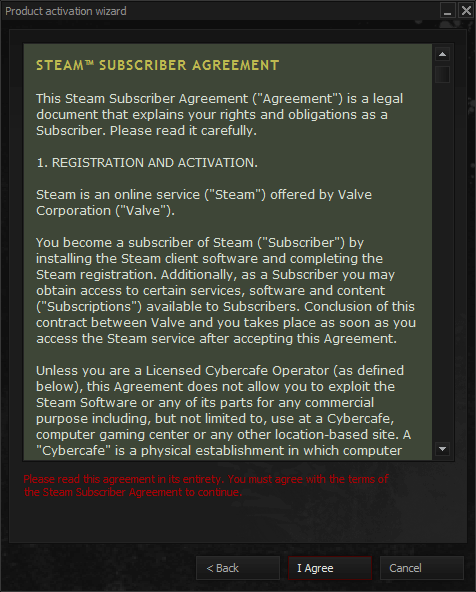 Enter your Product Code, which is typically found on the game manual or CD/DVD case, into the text field and press Next.

If it worked correctly, you’ll see an Activation Successful! message. 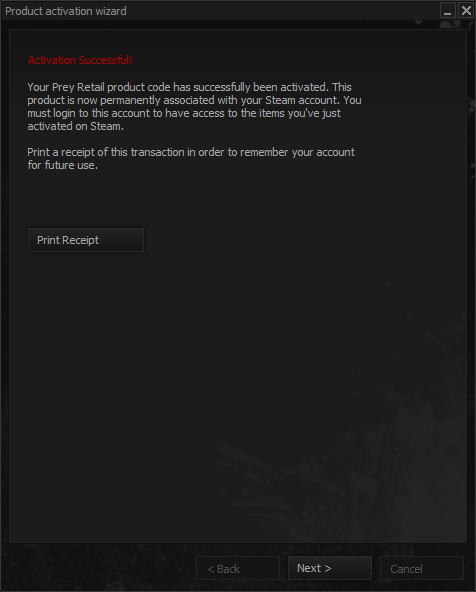 The game should show up on your Games list in Steam now under the Not Installed section. Right click the game and select Install game… to start the installation wizard. 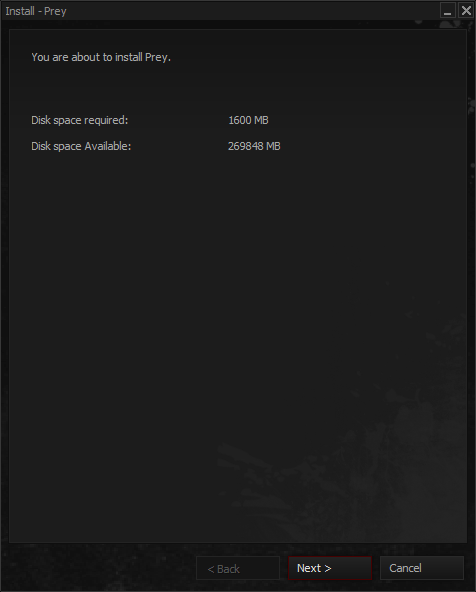 You can create game shortcuts in the Start menu and on the Desktop if desired. 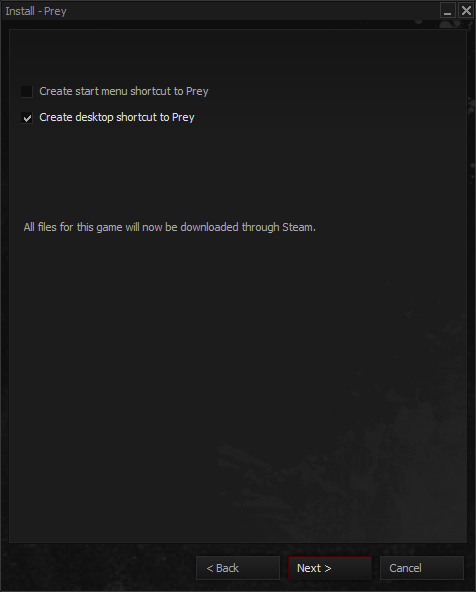 The last step lets you know that it is downloading the game and that you can safely close and restart Steam and the download will automatically resume. 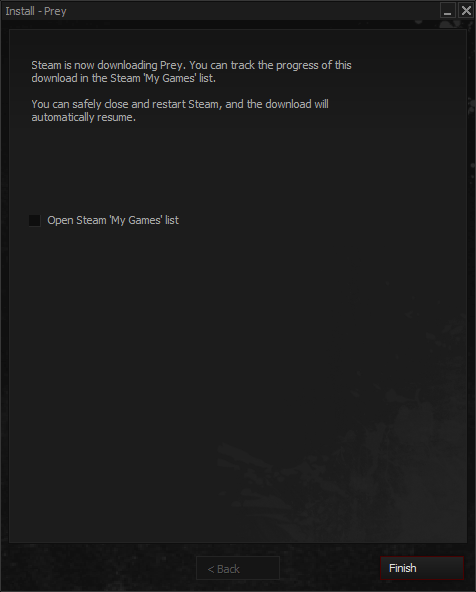 When you return to your My games list, you’ll see that the game is downloading. 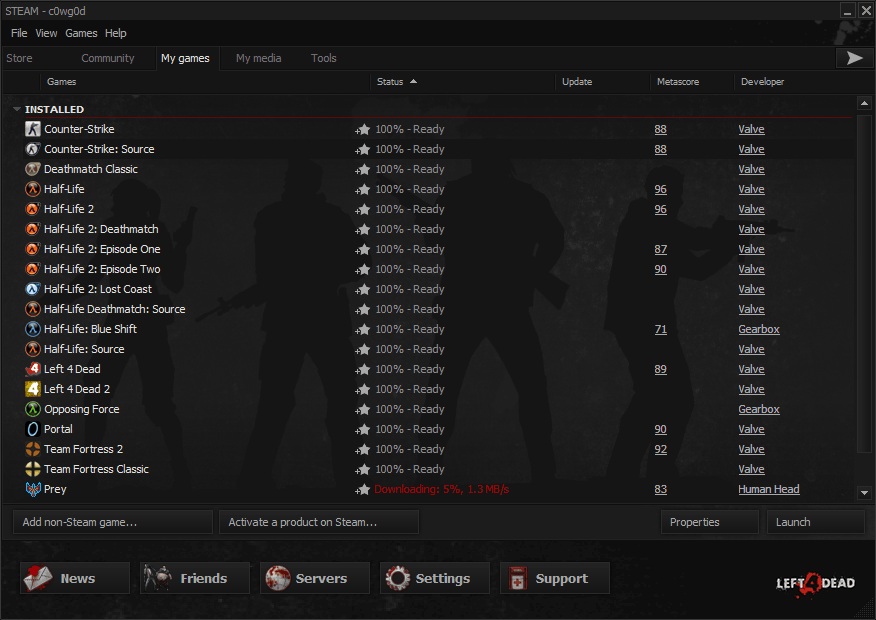 If you have Windows 7, you’ll also see the download progress shown in the taskbar.

Now the game is permanently associated to your Steam account and you can reap all of its benefits; auto-patching, in game messaging, installation on multiple computers, and achievements (if the game supports them). High five, Valve!

Disclaimer: I am not responsible if you mess up your computer. Proceed at your own risk!

Having installed Window 7 recently, I wanted to install my old games and see if they still worked. After several hours of installing, patching, uninstalling, reinstalling, tweaking and hair pulling I finally have Black & White working flawlessly on Windows 7 ultimate 64 bit.

Black & White came out in March of 2001, before Windows XP was released. As it turns out, I had the same problems trying to get this game to work in Windows XP that I had in Windows 7. Therefore, this guide should suffice for a Windows XP or Windows Vista install, but I will be referring to Windows 7.

I’m going to assume you know your way around regedit. If you don’t, you have a lot of reading to do.

If you are on a 32 bit system, you’ll want to delete the following registry keys:

If you are on a 64 bit system, you’ll want to delete the following registry keys:

Now it’s time to get to business. Pop your Black & White disc in your optical drive and start the installation. You can install the game anywhere you want. I have a separate hard drive just for games, so I installed to E:\Black & White. At the end of the installation, it will ask you (among other things) if you want to play the game–select no. 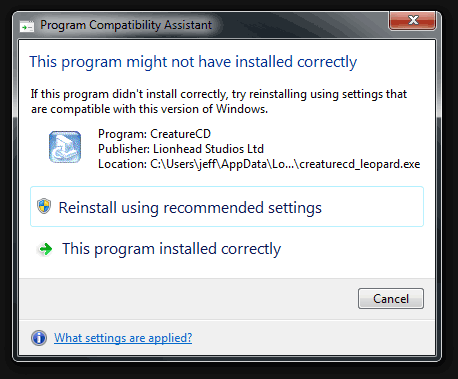 I recommend getting the four additional creatures; the leopard, the mandrill, the gorilla and the horse as well as the villager banter add-on. You can download the football add-on now too, but you can’t install it until after you patch the game.

Before you go patch crazy and install the latest one, let me tell you what I found in my research. There were a total of three patches released, patch 1.1, patch 1.2 and patch 1.3. Patch 1.3 only adds support for the P5 glove. If you happen to have one of these, then you’ll want to get patch 1.3 but if you don’t you’ll want to stick with patch 1.2. In theory, patch 1.3 includes all the fixes and additions from both patches 1.1 and 1.2 and patch 1.2 includes the fixes from patch 1.1. this means you should be able to just install the patch for the final target version you want, but I had some problems that I think were related to the patch not quite installing correctly. There is no harm in installing each patch individually, so I strongly recommend that you install patch 1.1, then patch 1.2 immediately afterward. Finally install patch 1.3 if you have a P5 glove.

Now you can install the football add-on if you wish.

Our last step before launching the game involves configuring the audio and video settings. This is the area that caused me the most grief. Look in your start menu for a Setup entry under the Lionhead Studios Ltd folder and launch it. 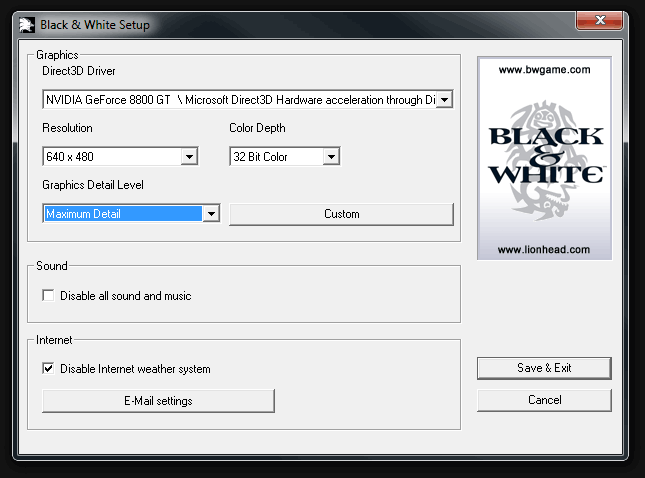 Since this game is now an astonishing eight years old, I’m sure your computer can easily handle the maximum detail that the game will allow. I selected Maximum Detail, the highest resolution available (1280×960), 32 bit color and fired up the game. Much to my disbelief, the game was getting less than five FPS and was flickering horribly! Not only that, but I was unable to use the menu system to exit the game. Once I alt-tabbed out of the game, it crashed. 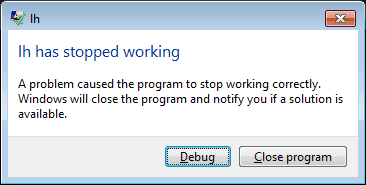 I set the next lowest detail level and tried again and experienced the exact same problem. In fact, the only setting that gave an acceptable game experience was minimum detail. Are you kidding me? That’s unacceptable for an eight year old game! Luckily, you can get around this problem by using the Custom video settings. 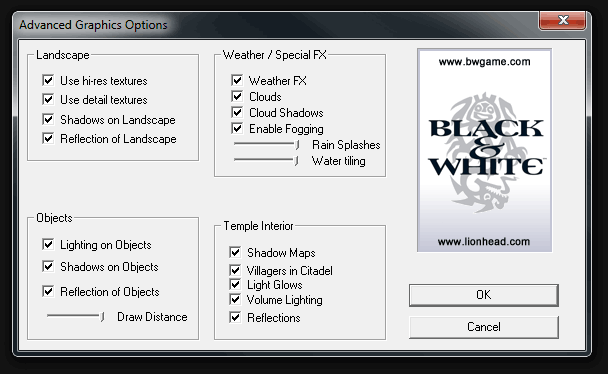 In fact, I enabled every single setting on this screen (exactly as shown) and got silky smooth frame rates. I have no idea what the setup program is setting when it uses maximum detail, but if you use custom instead it seems to work great.

For the icing on the cake, this game is capable of widescreen resolutions outside of those shown in the setup program. Bust out regedit again and navigate to this key:

Look for two DWORD values in this key called ScreenH and ScreenW which correlate to screen height and screen width respectively. 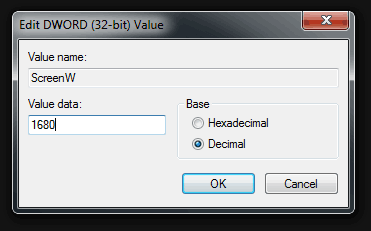 Make sure you select the Decimal radio button for the base and enter your desired screen width and height in each DWORD. I’m using 1680×1050. For the full report on widescreen support, check out the Black & White wiki page on widescreengamingforum.com.

If you still have trouble with Black & White, check out the official forums hosted by Lionhead. Good luck!